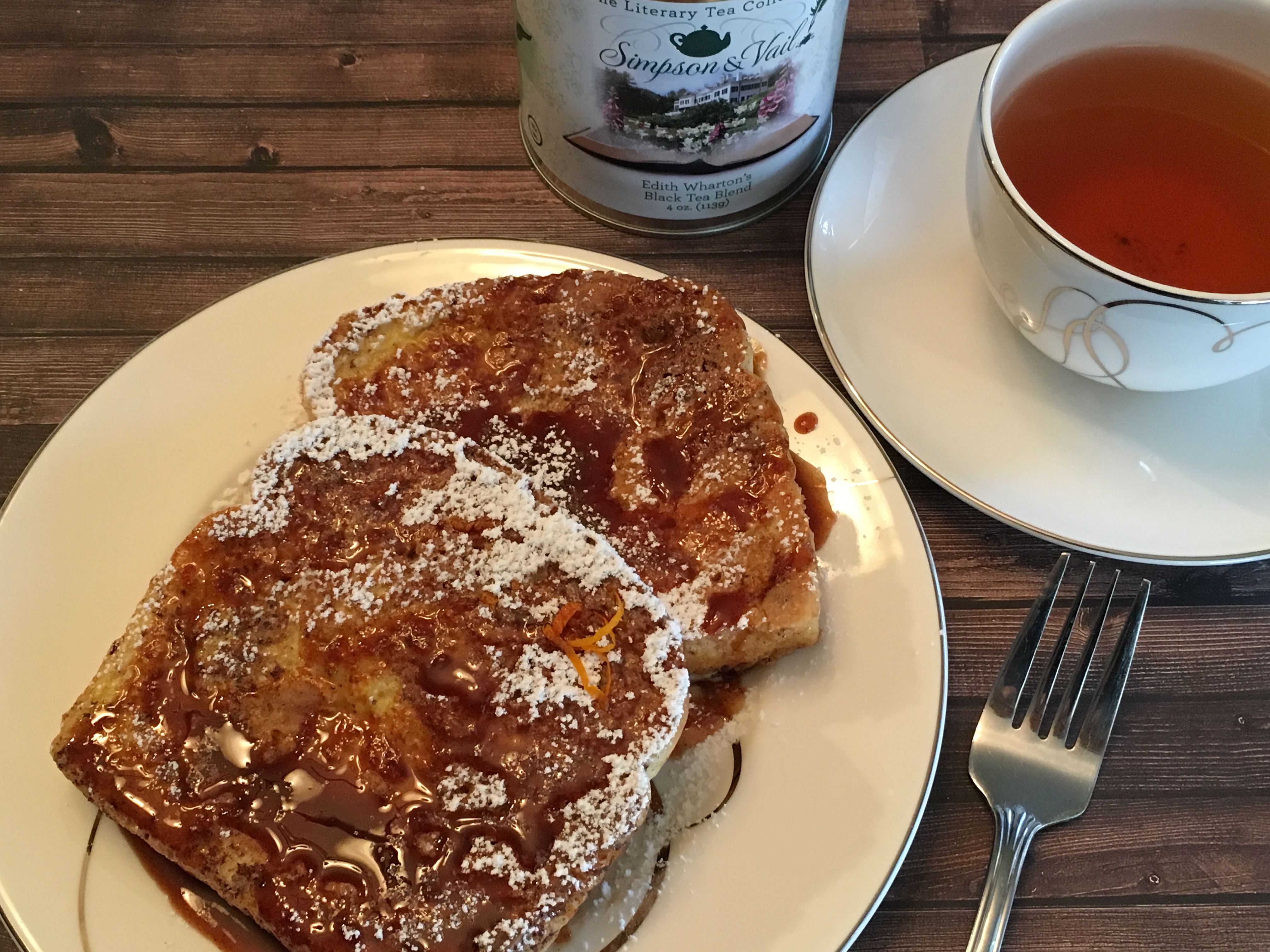 Pancakes made with Bisquick. (Don’t even think about adding blueberries!)

In my childhood, I may have been a picky-eater…

Don’t get me wrong. Over the last few years I have expanded my food horizons by leaps and bounds. The me from three years ago would never have touched a fresh fig. (But look what I made with them!)

But I am still a bit particular about my breakfast foods.

When I made my Fresh Fig Cake (seriously, check it out here), I made this awesome Orange, Cinnamon and Brown Sugar Syrup to soak into the cake. (Find the recipe here.)

Due to the cake cooling faster than it took to make the syrup, I was not able to use it all on the cake.

Which left me with a container of delicious syrup in the refrigerator.

I have been trying to come up with ideas for its use, and finally I decided to make some French Toast and try my fancy syrup on it.

It was a pretty good idea. 😉

Since this French Toast was so special, it needed Texas Toast cut bread and Indonesian Cinnamon (no grocery store brand for this one).

I beat my eggs in a shallow bowl.

Then I added milk and cinnamon.

After coating each bread slice on both sides with the egg mixture, I put them on the griddle.

My non-stick griddle is funny. It is only non-stick when the French Toast is ready to be flipped. If I try to get the Toast off before it is ready, I make a big mess.

I have learned to be patient.

Once the French Toast was golden brown on both sides, it was time to add the Orange, Cinnamon, and Brown Sugar Syrup and some powdered sugar. A cup of Simpson & Vail Edith Wharton’s Black Tea Blend brewed fresh, and my breakfast was complete.

I may not usually monkey with breakfast, but orange you glad I did?

For the French Toast: