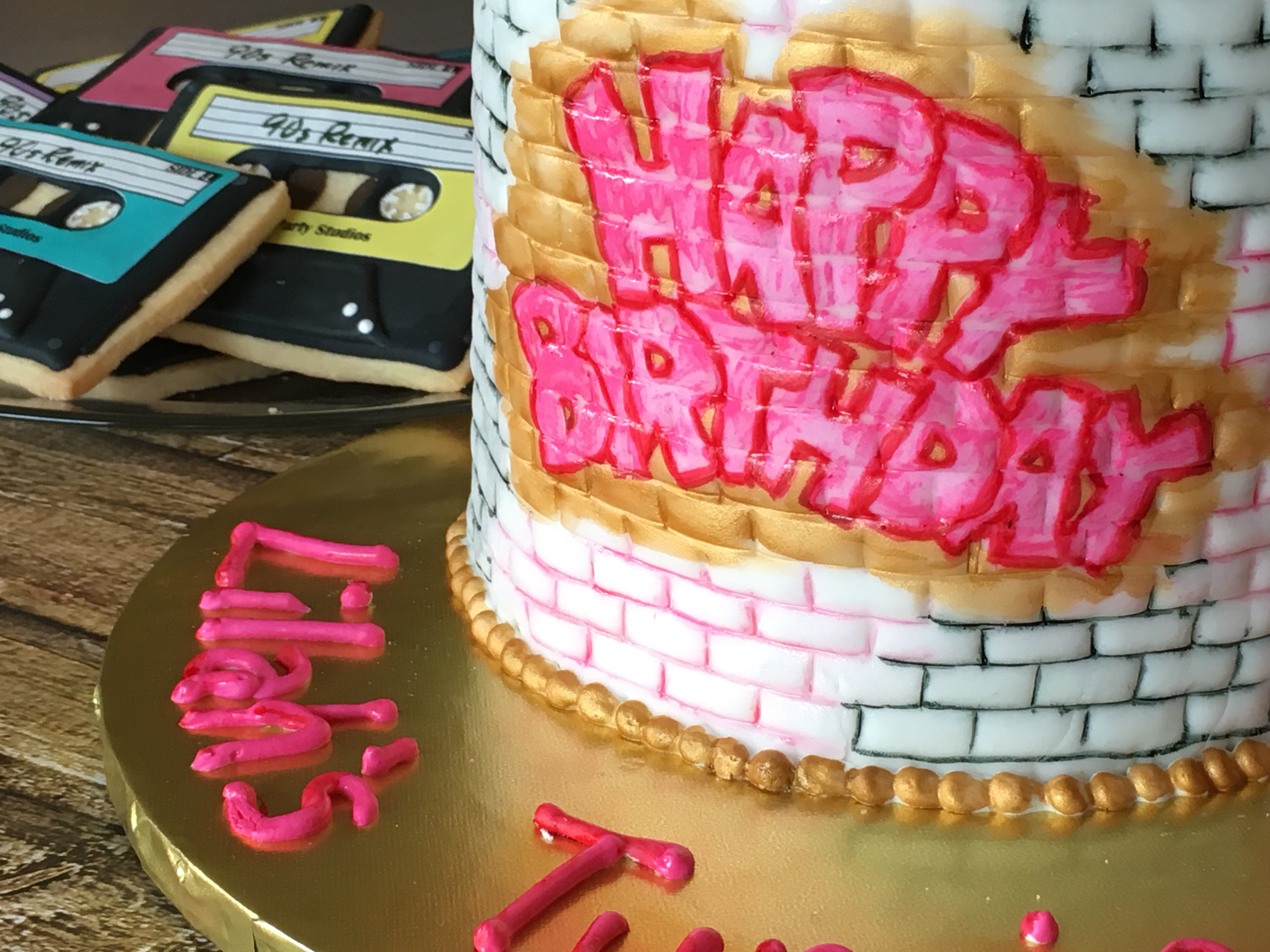 I just love it when I spend 4 hours hand-painting a cake only to find out I’m are not finished with it. I thought it looked great. Then I took a picture.

Not so awesome after all. Darn.

Thankfully, I have two awesome friends who help me troubleshoot.

Considering writing on cakes is a personal nightmare (see here) I was really hoping that I would be finished once I got the graffiti on the cake.

Then I realized the plain white brick was just not going to cut it.

So, what to do? Ask someone else. Or several someones.

I was told it just didn’t look “bricky” enough, and the bricks needed more definition.

So black lines? Pink? Both?

After testing on a piece of fondant, imprinted with the brick design, a blend of the pink and black seemed to work best.

In order to get color into the “mortar” areas of the brick, I thinned gel food color with vodka and used a thin paint brush to apply color along the edges of the bricks.

Using paper towels dipped in vodka, I then proceeded to wipe off any color that was on the surface of the bricks.

It took several passes in each area to have color remaining only in the crevices of the fondant.

Working in small sections at a time, I alternated areas of pink and black into the lines of the bricks. I changed paper towels frequently to avoid putting color where it was not wanted.

Though my hands were really pretty for a couple of days…

Increasing the contrast really helped to bring attention to the brick I had painstakingly impressed into the fondant the day before.

Once the wording at the bottom had been painted it was time to look at a photo of the cake once again.

I really wanted the gold to pop around the graffiti, so I gave it another coat, painted the bottom cake border, and painted gold around the top of the cake to draw the eye to the topper.

Sometimes it is a good idea to take a step back and make sure that what I envisioned initially was really the final result. It took a lot more work, but the final cake was well worth the extra effort.