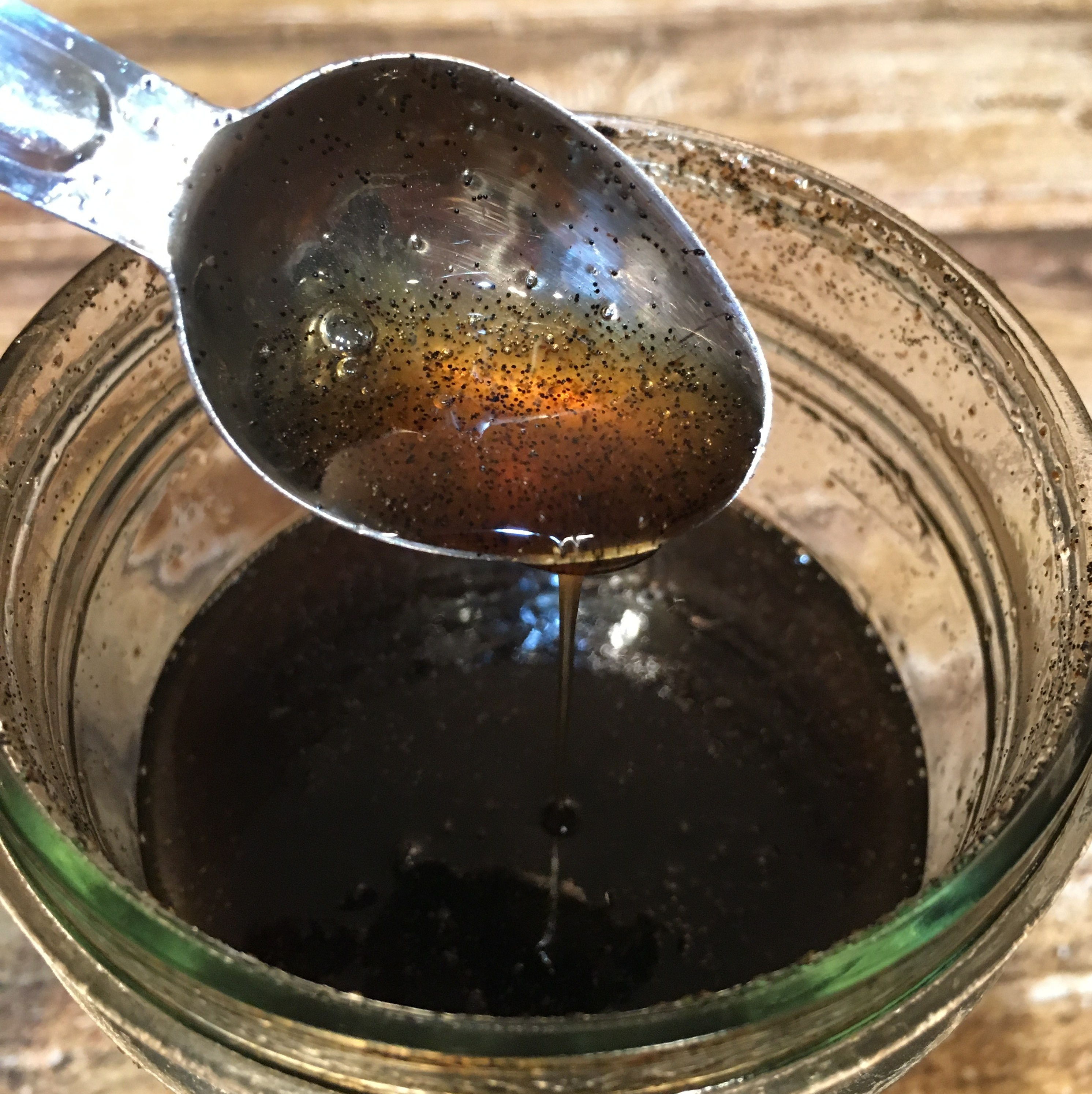 I never dreamed I would be writing a post about my vanilla bean paste recipe.

Then I broke it.

If you don’t care about my trials and tribulations, you can get to the recipe here.

The addition of vanilla seeds to a recipe always makes the dish seem fancier. It’s not just vanilla ice cream, it’s vanilla bean ice cream… those little flecks of vanilla appeal to our eyes and enhance our taste experience.

You can see the vanilla seeds in these yummy scones.

I am craving some vanilla bean swiss meringue buttercream now.

Anyway…what were we talking about?

Spoiler alert: I fixed it.

I have made vanilla bean paste a couple of times with no issues, so I just wanted to make it quickly and move on to my cake baking for the week.

Turns out, my vanilla beans were dry. Vanilla beans should be flexible and moist when used, not hard as a rock.

To start the recipe, I am supposed to cut my beans into smaller pieces and then grind them in a spice grinder with half of my sugar.

Since the beans were so hard, the grinder did not work. So, brilliant problem-solver that I am, I just figured the beans needed to be rehydrated. I boiled a small amount of water and added it to the sugar and bean solution.

I probably should have used a sieve and separated out the sugar first.

After a few minutes, I put the goo back in the spice grinder and failed again.

Vanilla beans are expensive, and I was not giving up that easy. I decided I would go ahead and make the syrup base first, add the beans, and maybe then I could get them to puree in the blender after boiling.

After the mixture had boiled for two minutes, I poured the concoction into a blender and turned it on high.

I was sure it worked, so I poured the paste, though it is really a syrup, through a sieve to get the fiber-like parts of the beans out of the mix.

What was left was more than a ground up mess of vanilla beans.  I still had actual pieces!

Did I mention I am a brilliant problem solver? Also, that vanilla beans are expensive?

Seriously, I was not giving up yet.

Since I had well hydrated pieces of beans, I was able to put them back in the spice grinder. The result was a mulch-like mass of vanilla bean.

I put the syrup back on the stove, added the bean mulch, and brought it all back to a boil for another couple of minutes.

After I strained the mixture once more, I was rewarded with a thick, dark syrup, filled with vanilla bean goodness!

Before I called it complete, I had to let it cool a while and check to see if the seeds floated to the top. If the mixture separated, then it would need to boil longer.

Lucky for me, this time it stayed just right!

My leftover vanilla bean bits went into a jar with some brandy.  In eight to ten weeks, I will have some fabulous vanilla extract to use as well.

The lesson here? I am a brilliant problem-solver! 😉

…and vanilla beans are expensive.

This is how it’s supposed to go…

by Angie Wilsing
Cuisine Dessert Category Recipes
Making your own vanilla bean paste is cost effective and oh so delicious when used in recipes!
Persons
12

Adapted from Kara’s Couture Cakes Kara’s notes: The corn syrup is an invert sugar which helps to prevent crystallization of the sugars in the paste. If you don’t like to use corn syrup, you can use lemon juice instead. Use half a fresh lemon for this recipe. Store up to one year in an airtight jar at room temperature and out of sunlight. If you get any crystallization, just heat like you would crystallized honey.